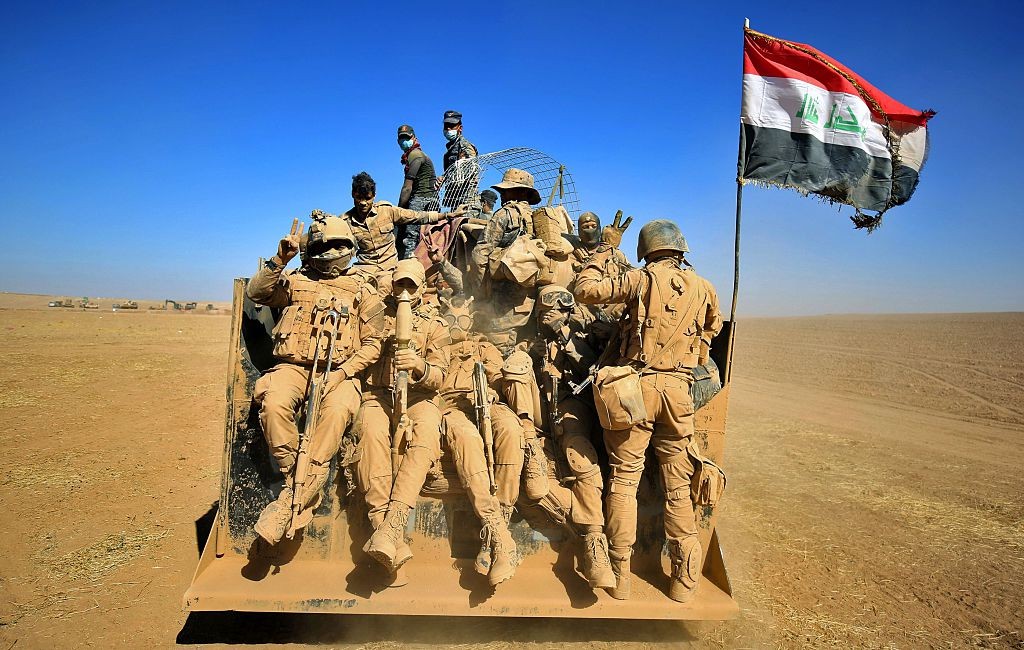 Iraqi forces sit in the back of a vehicle as troops advance through the desert on October 20, 2016, during a joint operation against the Islamic State to retake Mosul. AHMAD AL-RUBAYE/AFP/Getty Images

Kurdish and Iraqi forces open a new front in the fight to retake Mosul from the Islamic State. ISIS militants launch a counterattack against the strategic oil city of Kirkuk. The UN says it is still unable to deliver humanitarian aid and conduct medical evacuations in the Syrian city of Aleppo despite a pause in hostilities. European countries and Russia hold new talks on the conflict in Ukraine. Ecuador cuts off internet access to WikiLeaks founder Julian Assange. And during a visit to China, the president of the Philippines pivots away from the U.S. A panel of journalists joins guest host Derek McGinty for analysis of the week’s top international news stories.