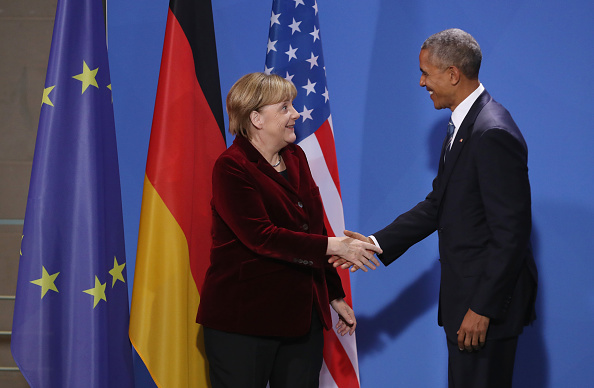 German Chancellor Angela Merkel and President Barack Obama shake hands after speaking to the media following talks in Berlin, Germany. President Obama is on his last trip to Europe before he leaves office. Photo by Sean Gallup/Getty Images

President-elect Donald Trump has reportedly asked Michael Flynn, a retired Lieutenant General with a record of controversial statements about Muslims, to be his national security adviser. Barack Obama meets with German Chancellor Merkel and addresses a divided Europe on his last overseas trip as president. Syrian government airstrikes resume in Aleppo. Russia moves to withdraw from the International Criminal Court. And Japan’s prime minister meets with Trump. A panel of journalists joins Diane for analysis of the week’s top international news stories.