The Electoral College: How It Works And Why Some Want To Abolish It

The Electoral College: How It Works And Why Some Want To Abolish It 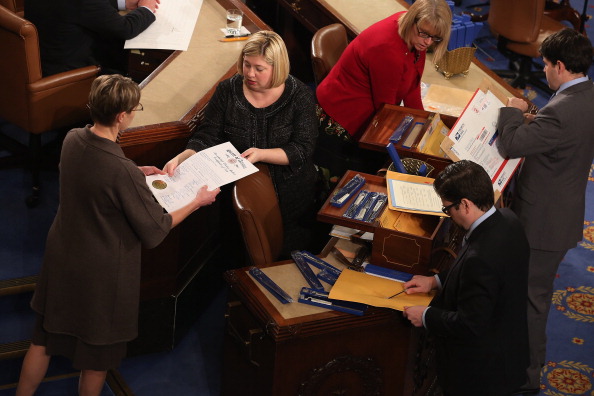 Congressional clerks help unseal and organize the Electoral College votes from the 50 states at the U.S. House of Representatives on January 4, 2013. The votes were tallied during a joint session of the 113th Congress. President Barack Obama and Biden received 332 votes to be reelected. Photo by Chip Somodevilla/Getty Images

For the second time in 16 years, a candidate has taken the presidency by winning the electoral vote, but not the popular vote. The Electoral College is enshrined in the U.S. Constitution. But critics have long said it’s an antiquated, even undemocratic system. At various points in history–including after the Gore-Bush election–there have been attempts to abolish the system. Bills to do that were introduced last week in the House and Senate. Few believe they will succeed. Defenders of the Electoral College say abolishing it would have a devastating effect on our constitutional form of government. Understanding the Electoral College-–and prospects for changing it.