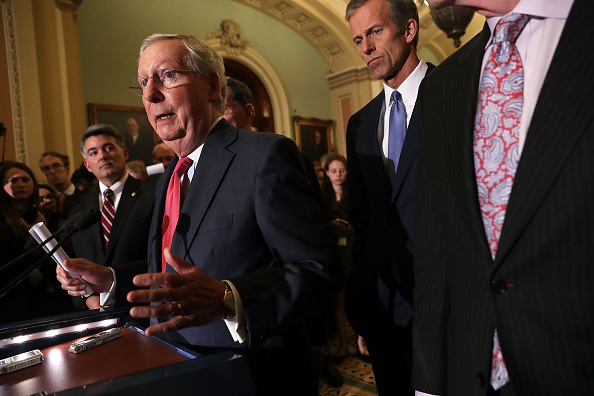 Senate Majority Leader Sen. Mitch McConnell (R-KY) speaks to members of the media during a news briefing Nov. 16 after the weekly Senate GOP policy luncheon at the Capitol in Washington, D.C. Photo by Alex Wong/Getty Images

President-elect Donald Trump spent much of his campaign pledging to unravel President Barack Obama’s signature legislation – including the Affordable Care Act, the Trans Pacific Partnership and a landmark nuclear agreement with Iran. Now, as Trump prepares to take office, Obama is rushing to protect as much of his regulatory legacy as he can. Meanwhile, in the final weeks of its lame duck session, Congress will need to agree on a budget to avoid a government shutdown. And lawmakers are hoping to settle legislation on issues like mental health before the change of power in January. What Congress can get done in its lame-duck session—and President Obama’s efforts to protect his legacy.