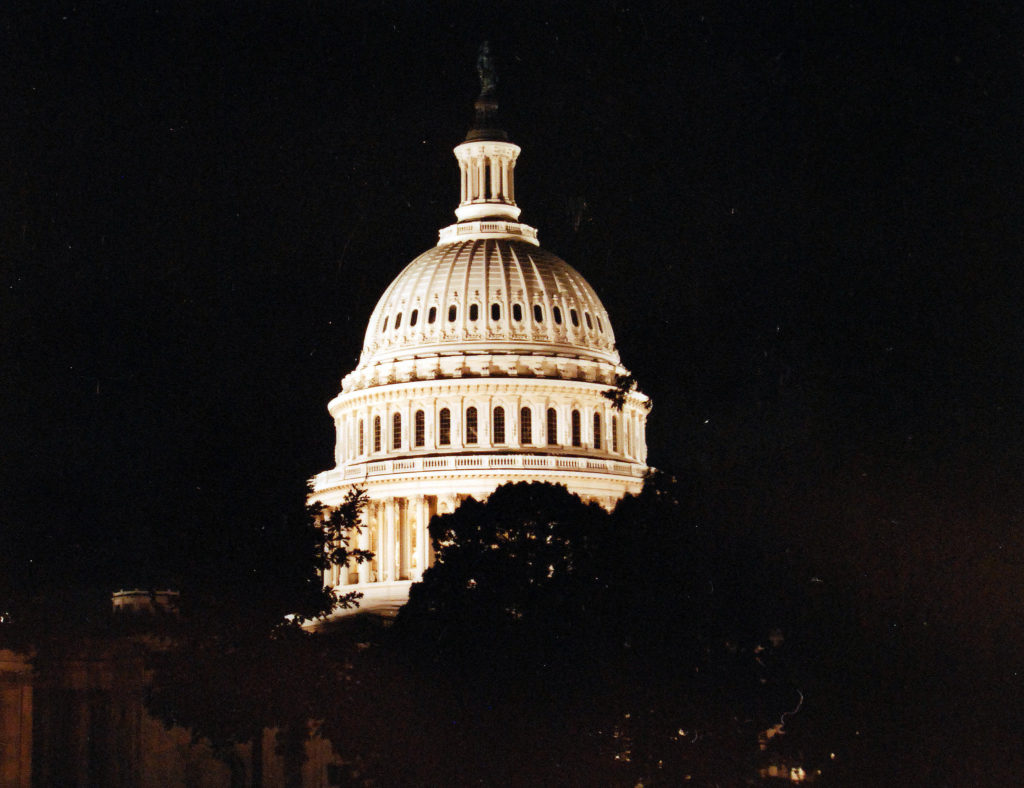 A night view of the Capitol, Washington, D.C. Photographed by PH2 Tom Leary, September 1979 -- the year Diane Rehm began her own program. U.S. Navy Photograph now in the collections of the National Archives. Flickr: National Museum of the U.S. Navy

The rise of cable TV and the 24-hour news cycle. Pundits shouting at each other on air. Members of Congress refusing to even glance across the aisle. Social media trolls. Fake news. And now new evidence that Russia engaged in cyber-espionage to try to influence the U.S. presidential election as well as House elections in a half-dozen states across the country. Those are just some of the concerns that did not exist when Diane began her career in radio nearly 40 years ago. Diane speaks with two journalists and a political scientist who have had front-row seats in Washington as these changes unfolded.