The Changing Role Of The U.S. In The World And A Closer Look At Recent Russian Protests

The Changing Role Of The U.S. In The World And A Closer Look At Recent Russian Protests 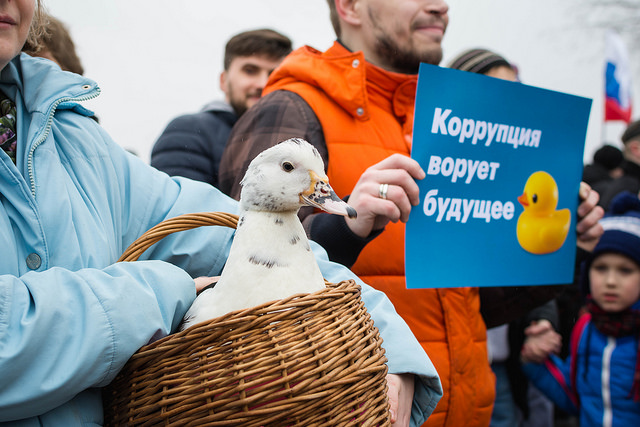 Thousands of Russians took to the streets Sunday in anti-corruption protests. A woman in St. Petersburg holds a duck, a symbol of alleged lavish spending by the country's prime minister, Dmitry Medvedev. Farhad Sadykov

The Trump administration is changing the U.S. role in the world, including shifting relations with longstanding allies and an update on protests in Russia.

Then in “From the Archives” this week, what do those white chalk lines at crime scene really mean? We dug up a 1996 interview with the New York City columnist and author Jimmy Breslin. Breslin died on March 19th. He gave us the inside scoop.