Trump Vs. Congress: A Constitutional Crisis?

Trump Vs. Congress: A Constitutional Crisis? 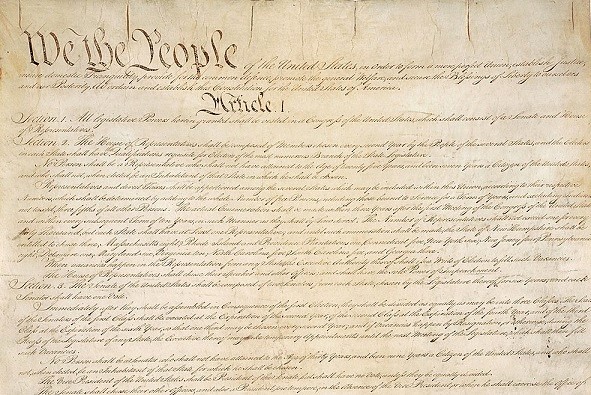 Article 1 of the U.S. Constitution lays out the powers granted to the legislative branch of government. House Speaker Nancy Pelosi and other high ranking Democrats have said President Trump's defiance of Congressional investigations is pushing the country toward a "constitutional crisis." U.S. National Archives and Records Administration

Are we in the midst of a “constitutional crisis”? Top Democrats seem to think so. Last week House Speaker Nancy Pelosi used the term to describe the Trump administration’s defiance of Congressional investigations. Meanwhile, the president has mocked the idea, calling it a new Democratic talking point. So, are we or aren’t we? Longtime analyst Norman Ornstein weighs in, and discusses the consequences for the country.