The Democrats’ Impeachment Strategy And The Congressman Leading The Charge

The Democrats’ Impeachment Strategy And The Congressman Leading The Charge 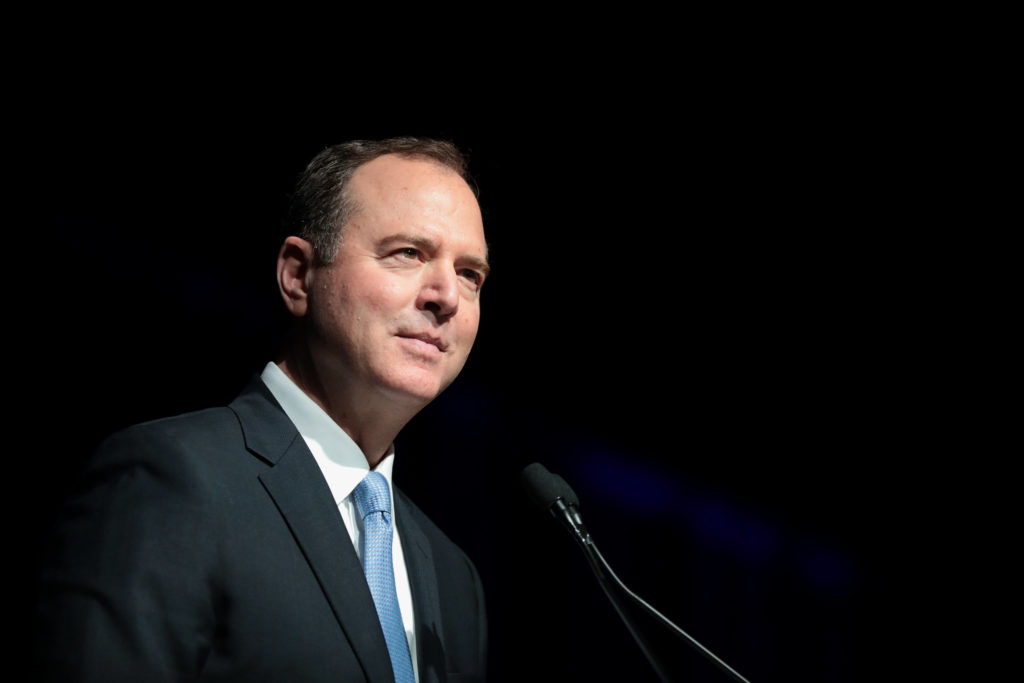 U.S. Congressman Adam Schiff speaking at the 2019 California Democratic Party State Convention in June. Schiff has become the public face of the impeachment investigation for the Democrats. Gage Skidmore

Less than two months ago, Adam Schiff, chairman of the U.S. House Intelligence Committee, issued a subpoena to the acting director of National Intelligence – setting in motion the impeachment inquiry into President Trump’s dealings with Ukraine.

Since then, a steady stream of government officials has been giving depositions behind closed doors. But next week, public testimony begins.

As impeachment enters this next phase, New York Times Magazine contributing writer Jason Zengerle looks at the the Democrats’ impeachment strategy and the congressman leading the charge. His new piece is called “Inside Adam Schiff’s Impeachment Game Plan.”