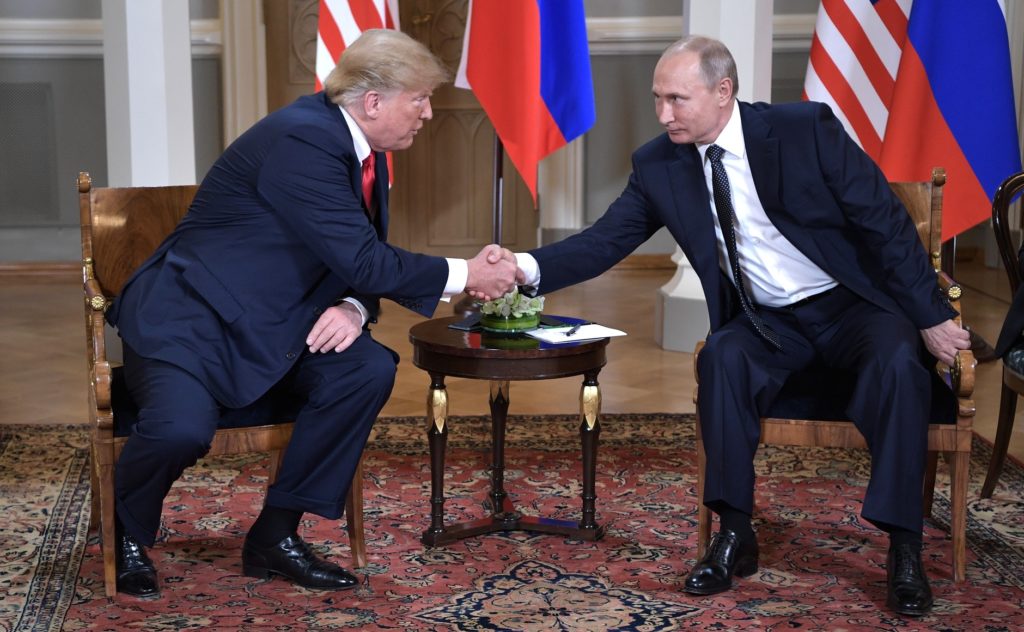 Donald Trump and Vladimir Putin shake hands at a summit in Helsinki in July 2018. A new report by the Senate Intelligence Committee details interactions between Russian government operatives and members of Trump's 2016 campaign staff. www.kremlin.ru

Even as this week’s Democratic convention officially kicked off the 2020 race for president, we continued to learn the full story of just what happened in 2016.

On Tuesday, the Senate Intelligence Committee released its final report on Russian involvement in the presidential election four years ago. It outlined new details about links and interactions between Russian government operatives and members of the 2016 Trump campaign. It also raised concerns about Russia’s efforts to influence the election this year.

Benjamin Wittes is editor-in-chief of Lawfare and a senior fellow at the Brookings Institution. He joined Diane to discuss the report.