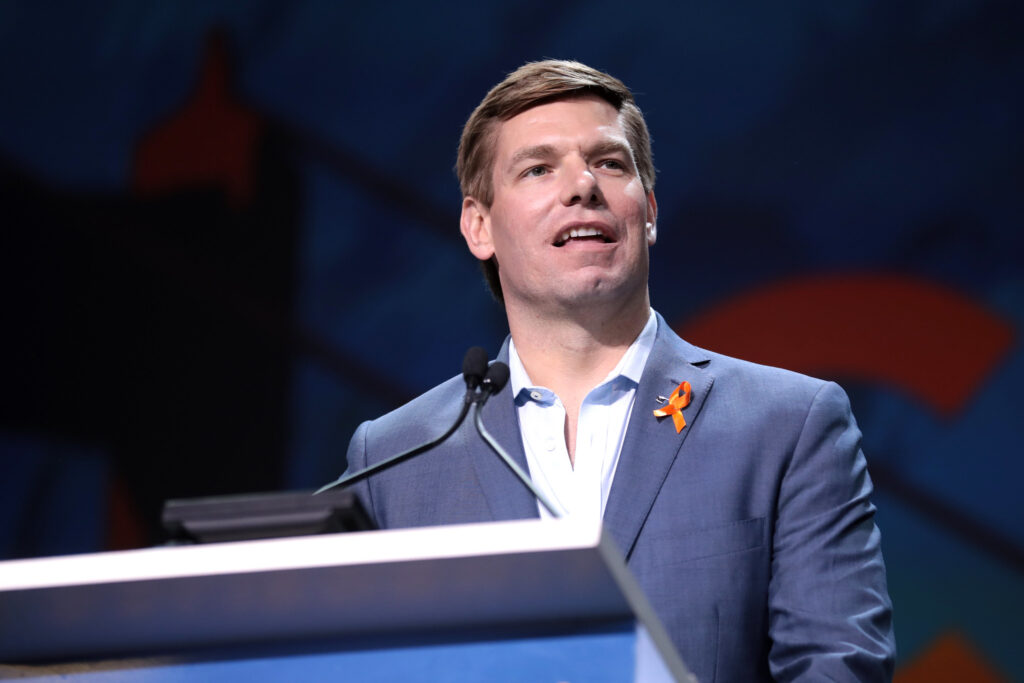 U.S. Rep. Eric Swalwell speaking with attendees at the 2019 California Democratic Party State Convention. An updated version of his book, "Endgame: Inside The Impeachments of Donald J. Trump," just came out in paperback. Gage Skidmore

The House committee investigating the January 6th insurrection at the Capitol is likely to hold its first public hearings next week. California Democrat Eric Swalwell was on the floor of the House that day and has thoughts of his own on what caused the violence — and how best to seek accountability.

Swalwell acted as one of the House impeachment managers during Donald Trump’s second impeachment trial and had a front rwo seat at his first.

In fact, a year prior to the insurrection he wrote a book about the first impeachment titled, “Endgame: Inside The Impeachment Of Donald J. Trump.” Now, Swalwell has released an update with four new chapters, and another ‘s’ in the title: inside the impeachments of Donald J. Trump.

Rep. Swalwell joined Diane to talk about what he witnessed on January 6th, and why he believes democracy in the U.S. is, at this moment, especially fragile.