How The War In Ukraine Is Playing Out Inside Russia

How The War In Ukraine Is Playing Out Inside Russia 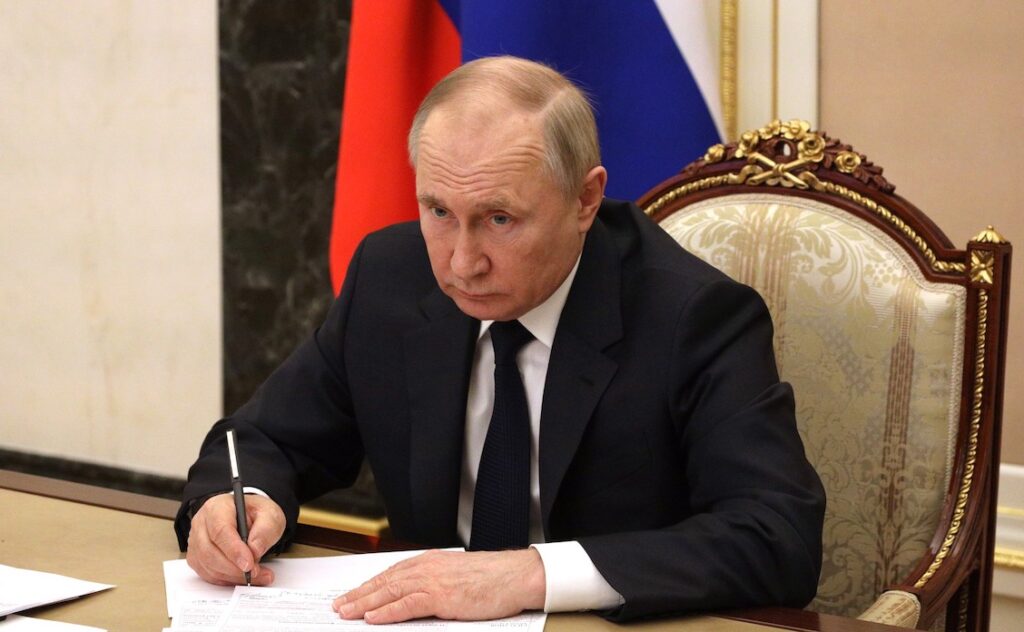 Russian President Vladimir Putin meets with members of the his government via videoconference. www.kremlin.ru

Yet, in Russia, Vladimir Putin continues to refer to the invasion as a “special military operation,” and says he sees “success” in the mission.

The Kremlin’s line has become the only version of the war most Russians believe amid a crackdown on independent media. And in a speech Wednesday, Putin threatened a “self-cleansing of society”to purge Russia of “traitors.”

Julia Ioffe is an American journalist who was born and spent her early childhood in Russia. She’s covered politics and world affairs for the Atlantic and is currently a writer for and a founding partner of the media company Puck.

Diane talked to Ioffe Thursday about how the Kremlin is framing the war and what the invasion means for the future of Russia.