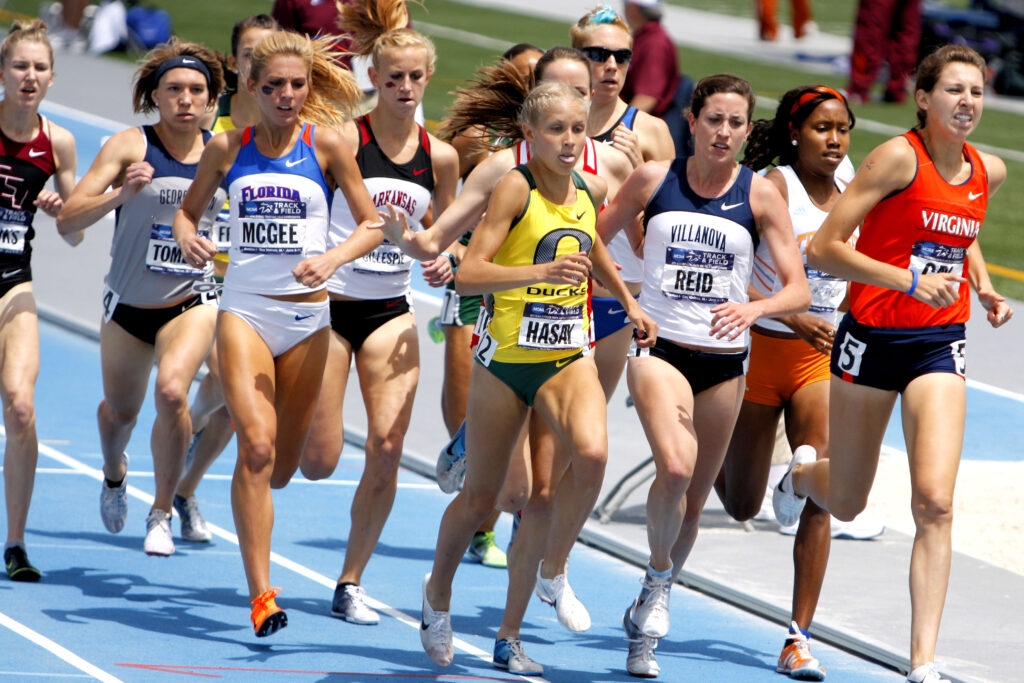 Girls' participation in high school sports rose from 7% to 43% since the passage of Title IX in 1972. But experts say opportunities for girls and women in sports at both the highs school and collegiate levels remain highly unequal. Phil Roeder

June marks the 50th anniversary of Title IX, the landmark civil rights law that banned sex discrimination in education. Though the effects of Title IX have been far-reaching, one of the more visible areas of impact has been in the realm of sports.

The legislation vastly expanded opportunity for girls and women to participate in athletics at every level of their scholastic careers. But many say there’s still much work to do be done on the issues of compliance, financial support, and protections for trans athletes.

Diane talks to Elizabeth Sharrow, a scholar of sex and gender in American politics and an expert on the history and consequences of Title IX about the past, present and future of the law.