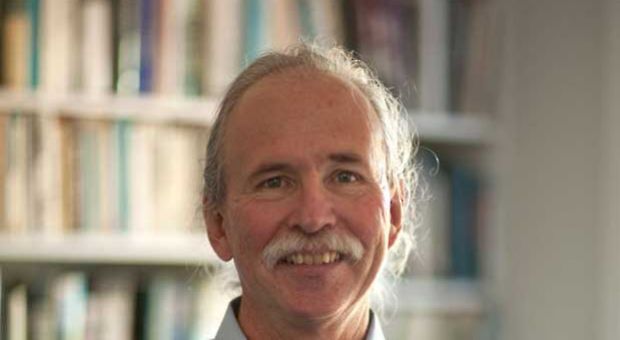 The world’s first transcontinental railroads were built in America after the Civil War. Considered one of the greatest technological feats of the 19th century, the transcontinentals transformed American life. But historian Richard White says this happened as much by their failure as success. He draws on twelve years of research to cut through myths about the opening of the west and the evolution of corporations. We talk about the economic, social, political and environmental consequences, and he draws parallels with the economic crises we face today.

Mr. White stayed after the show to answer a few more questions.####

Q: I am wondering what Prof. White thinks are the most important 3 or 4 key facts or understandings that high school students should learn about the railroads in order to be informed citizens.
– From Mary via email in Salt Lake City

A: Since I am not sure if you mean the contemporary railroad system or the historical one, I will address both. Historically, the students should look at railroads as a transformative technology similar to the internet today. But they should realize that it is not the technology itself that changes society but rather who controls it, how it is used, and how it is regulated. Secondly, they should know that it was the organization of the railroads as massive corporations that was the most controversial thing about them during the nineteenth century and looking at this gives great insight into political change in the United States. Third, railroads in the United States, then and now, were freight railroads. Their major use was carrying things, not people. Fourth, what matters about any technology, particularly railroads, is where, when, and how it is used.

Q: Can you speak to the Beef Trust’s monopoly on insulated icebox cars and its effect on rail commerce?
– From Ryan via Twitter

A: I can, but I am only echoing William Cronon’s wonderful book “Nature’s Metropolis.” As he explains, refrigerated cars gave the Chicago slaughterhouses a great advantage over local butchers who slaughtered animals imported by rail. First, centralized slaughterhouses could undersell local butchers because the slaughterhouses relied largely on meat by-products for their ultimate profit. They could sell the meat at cost or even under cost. Local butchers could not compete because they did not operate on a large enough scale to capture the by-products. The railroads initially tried to keep the live cattle trade alive because it gave them more traffic than the chilled beef trade, but they failed. There initially was consumer resistance to chilled beef, but the meat packers overcame this through low prices and aggressive advertising. Cronon tells this story very well.

A: Well, we don’t know the long-term impact of today’s financial crisis, but the transcontinentals contributed to two depressions and a very sharp recession over roughly thirty years. They fueled political corruption and contributed to environmental and social damage. I would argue that the railroads were brought largely under control in the early twentieth century by the Progressives, although the roots of the reforms lay in the nineteenth century. I hope that the present crisis does not repeat itself, and I hope it will not play out over the next thirty years.

Q: I’m listening to the author of Railroaded and interested to know about the other public technologies supported.I suspect before railroads there were canals, and then electricification, roads, and air travel with also maybe public education. Are there others and did the railroads teach later lessons as we invested in other technologies? – From J.E. via Email

A: This is a very good and very complicated question. Most of the early canals were subsidized by the public and many of them were owned by the states. There were state subsidies for railroads before the Civil War, but this led to financial disaster in many states, which then outlawed further public subsidies. The federal government and western states continued to give subsidies. Large dams have largely been a federal enterprise, and most airports and roads are built and funded by the public. The key questions to ask about subsidies are first, if the public builds infrastructure does the public control the projects and get revenue from them, or does the public build projects and allow the profits to go to private corporations as was the case with the western railroads? Second, when the public subsidizes these projects, do legislators identify a revenue stream – such as gas taxes – that will pay for them or are the subsidies drawn from the general revenue stream?