The Latest On The Violence In Iraq

The Latest On The Violence In Iraq 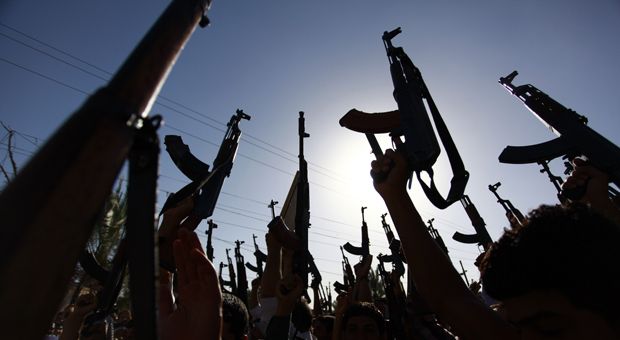 Iraqi Shiite tribesmen brandish their weapons as they gather to show their willingness to join Iraqi security forces in the fight against Jihadist militants who have taken over several northern Iraqi cities, on June 17 2014, in the southern Shiite Muslim shrine city of Naja HAIDAR HAMDANI/AFP/Getty Images

Iraq’s biggest oil refinery is partially on fire after an attack from the Islamic extremist from the group, ISIS. The militants have already taken over large areas in Iraq including several major cities. President Obama meets today with Congressional leaders on the US response. Yesterday the White House announced the capture of a suspected leader of the 2012 Benghazi attacks. The administration’s explanations of those attacks prompted sharp criticism from Congressional Republicans. Please join us to discuss the latest from Iraq, the role of the US and security in the region.