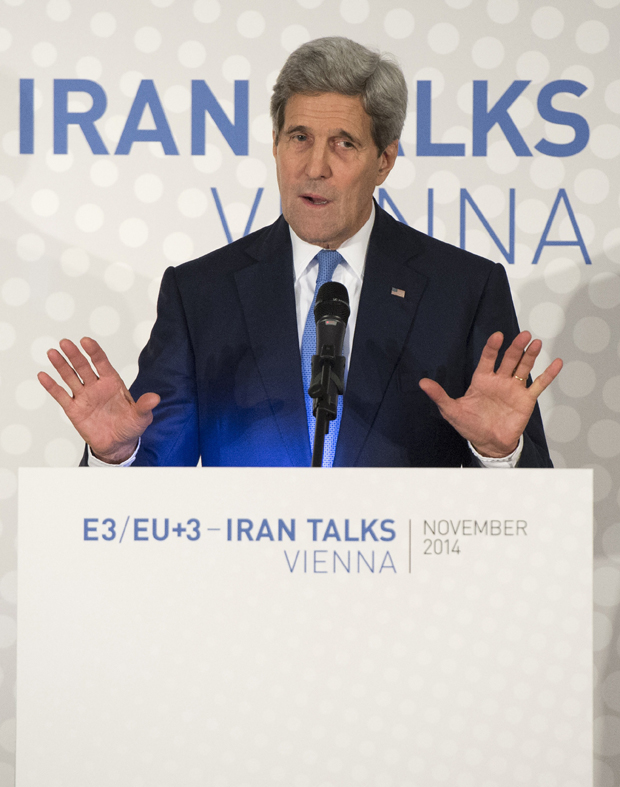 US Secretary of State John Kerry delivers a statement in Vienna on the status of negotiations over Iran's nuclear program before he leaves Vienna on November 24, 2014. Kerry defended extending a deadline for a deal with Iran, saying "real and substantial progress" was made during talks in Vienna and calling on US lawmakers not to impose new sanctions on Tehran. JOE KLAMAR/AFP/Getty Images

Iran launches air strikes against ISIS in Iraq. Both Iranian and U.S. officials say the two nations are not coordinating their campaigns. Israel dissolves its parliament and calls for early elections. An Egyptian court clears former President Mubarak but condemns to death nearly 200 others. The United Arab Emirates arrests a woman accused of fatally stabbing an American teacher in a mall restroom. And Russia warns its economy will fall into recession next year because of falling oil prices and Western sanctions. A panel of journalists joins Diane for analysis of the week’s top international news stories.