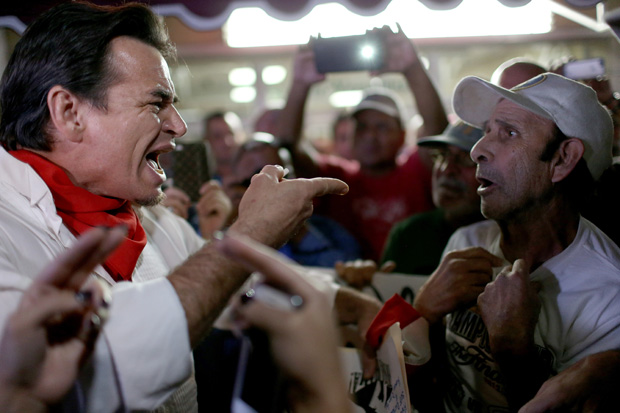 Peter Bell (L) who supports the new policy laid out by President Barack Obama stands among a group of people that disagree with him as people gathered outside the Little Havana restaurant Versailles on December 17, 2014 in Miami, United States. Photo by Joe Raedle/Getty Images

President Barack Obama announced a major shift in U.S.-Cuba relations, ending the policy of isolation in place for more than 50 years. Russian President Vladimir Putin lashed out at the West for his nation’s severe economic troubles. The FBI named North Korea as being behind the cyber attacks on Sony Pictures. Pakistan’s military struck tribal areas after a Taliban group massacred nearly 150 people — mostly school children. And Australian authorities said a self-styled Muslim cleric who took hostages at a Sydney café had a long history of mental instability. A panel of journalists joins Diane for analysis of the week’s top international news stories.