A Conversation with Financier and Philanthropist David Rubenstein (Rebroadcast)

A Conversation with Financier and Philanthropist David Rubenstein (Rebroadcast) 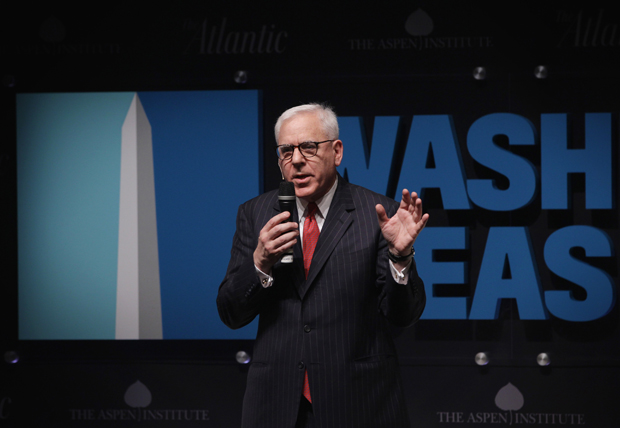 Carlyle Group Co-Founder and Co-CEO David Rubenstein speaks during a session at the sixth annual Washington Ideas Forum, hosted by The Aspen Institute and the Atlantic, October 29, 2014 in Washington, D.C. Alex Wong/Getty Images

The Carlyle Group is one of the largest and most successful private equity firms in the world. It was founded nearly 30 years ago by David Rubenstein, then a Washington, D.C. lawyer and former aide to President Jimmy Carter. Now a billionaire, Rubenstein may be better known for giving away money than making it. He, like Bill Gates and Warren Buffet, has vowed to donate at least half of his fortune before he dies. One focus of his philanthropy is preserving the history of a country he says has given him so much. A conversation with David Rubenstein about the role of private equity and what he calls “patriotic giving.”