Update On U.S. Relations With Mexico

Update On U.S. Relations With Mexico 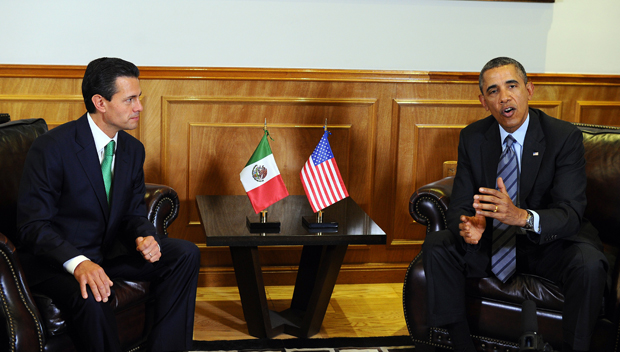 As Republicans took control of Congress yesterday, President Barack Obama turned his focus to foreign policy by welcoming Mexican President Enrique Peña Nieto to the White House. The two leaders discussed immigration, trade, Cuba and crime. President Obama pledged to stand with Mexico against “the scourge of violence and drug cartels.” Protesters outside demanded that the U.S. push the Mexican president to do more to stop corruption and drug-related violence in his country. Peña Nieto praised Obama’s new immigration action and his plans to normalize relations with Cuba. Guest host Susan Page and her guests discuss the latest on U.S. relations with Mexico.