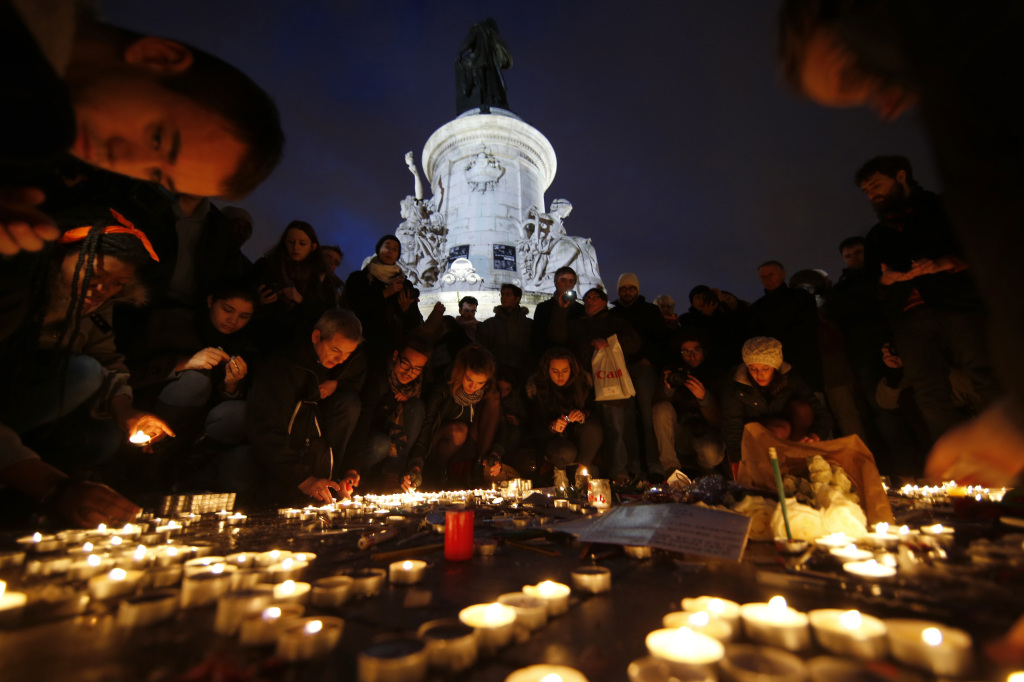 People lay candles during a gathering on the Place de Republique (Republic square) in Paris, on January 8, 2015, as a tribute to the 12 people killed by two gunmen at the French weekly newspaper Charlie Hebdo's editorial office. KENZO TRIBOUILLARD/AFP/Getty Images

France mourns the deaths of 12 people killed in a terrorist attack at a satirical weekly. French authorities seek to piece together what led to the killings and the extent, if any, of outside involvement. There are growing concerns over the economic health of the Eurozone nations. Mexico’s president makes an official call on the White House for talks on immigration, drug violence and trade. Iran’s supreme leader warns that the U.S. cannot be trusted to lift sanctions in a nuclear deal. And the FBI’s director says there’s little doubt North Korea was behind the hacking of Sony. A panel of journalists joins Diane for analysis of the week’s top international news stories.