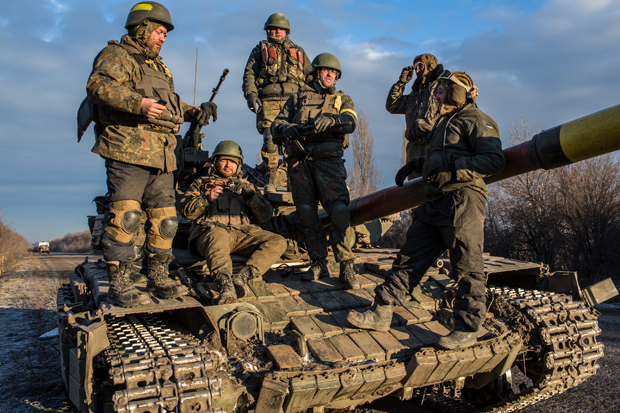 Ukraine accuses pro-Russian separatists of continued attacks despite a cease-fire. European officials meet to negotiate a Greek loan extension as the country faces insolvency as early as next week. President Obama calls for a global effort to combat terrorism. U.S. Central Command says it will support an Iraqi spring offensive to take back Mosul from ISIS fighters. And the U.N. says 2014 was the deadliest year for civilians in Afghanistan since it began keeping track.