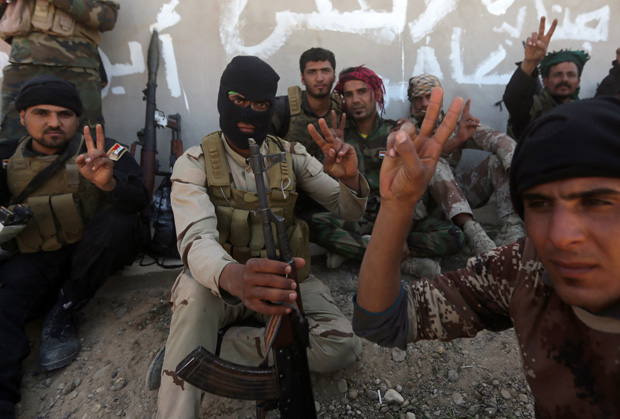 Iraqi fighters flash the sign of victory March 11 as they take part in a military operation to retake control of the Iraqi city of Tikrit from ISIS.

ISIS launches a deadly coordinated attack against government-held areas in Ramadi, a city in western Iraq. Iran’s supreme leader criticizes the letter sent by U.S. Republican senators about the Obama administration’s ongoing nuclear negotiations with Tehran. Just days before Israel’s general elections, Prime Minister Netanyahu slips in the polls. The daughter of a slain Russian opposition leader accuses President Putin of being “politically responsible” for the murder. And Venezuelan lawmakers take up President Maduro’s request to expand his authority in response to new U.S. sanctions. A panel of journalists joins Diane for analysis of the week’s top international news stories.