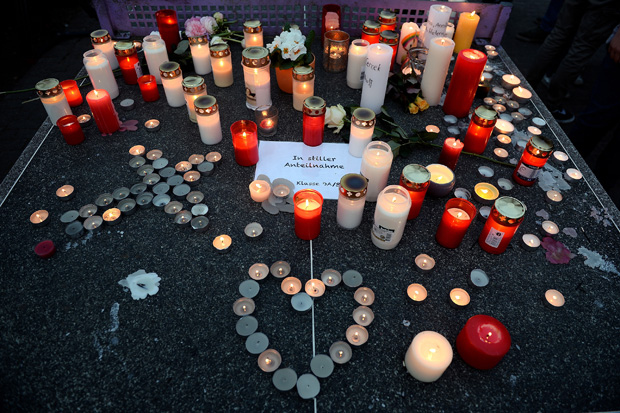 Students and well wishers gather March 24 at the Joseph-Koenig-Gymnasium secondary school in Haltern am See, Germany, home of some of the Germanwings plane crash victims. Sascha Steinbach/Getty Images

Authorities look for clues to why a German co-pilot would intentionally crash a passenger airplane in the French Alps. The victims were from more than a dozen countries, including the U.S. Saudi Arabia leads airstrikes in Yemen against Shiite rebels allied with Iran. President Barack Obama announces the U.S. will slow the withdrawal of American troops in Afghanistan. Afghan President Ashraf Ghani speaks to the U.S. Congress, expressing gratitude for American support. Allegations that Israel spied on Iran nuclear talks further strain relations with Washington. A panel of journalists joins Diane for analysis of the week’s top international news stories.