What Saudi Arabia Airstrikes In Yemen Mean For Regional Conflict

What Saudi Arabia Airstrikes In Yemen Mean For Regional Conflict 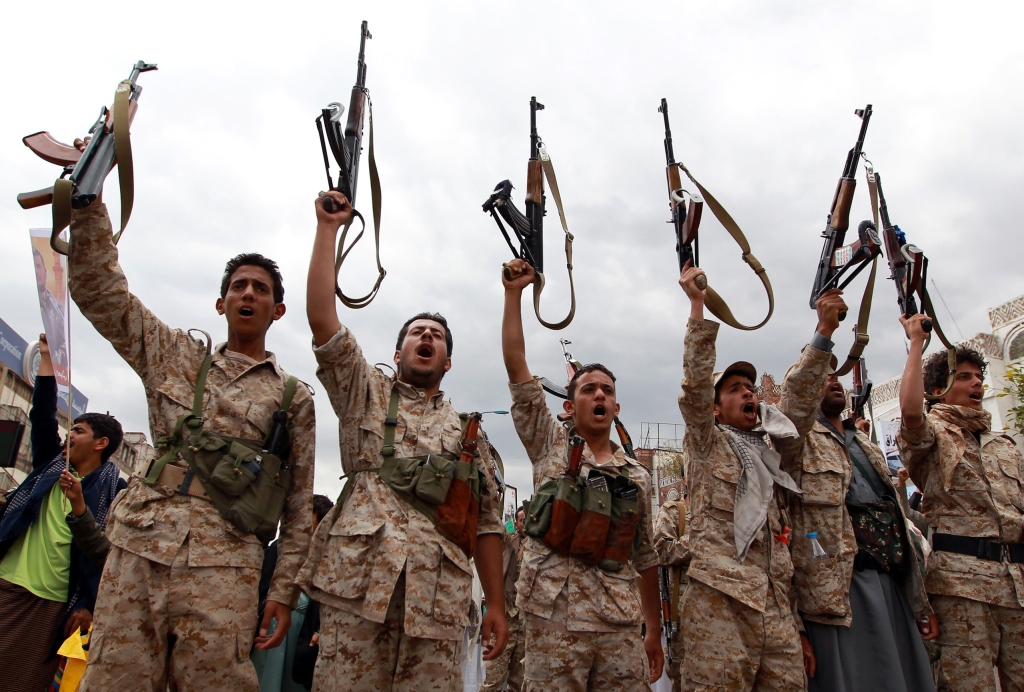 Yemeni men loyal to the Huthi movement brandish their weapons March 26 during a gathering in Sanaa to protest the Saudi-led airstrikes in the country. MOHAMMED HUWAIS/AFP/Getty Images

A Saudi military spokesman vows his country will to step up pressure on the Houthi militia and their allies in Yemen. Saudi-led airstrikes which began last week, appear to be targeting Yemen’s fleet of fighter aircraft and military command centers. The air attacks could be a way to ease the way for a land invasion. Many Arab states, including Egypt and Jordan support the Saudi strikes against Yemen in large part as block to Iran’s reach and Islamist extremism, but the Saudi military objectives remain unclear. We explore the growing chaos in Yemen, how regional powers are aligning and debate over the role of the U.S.