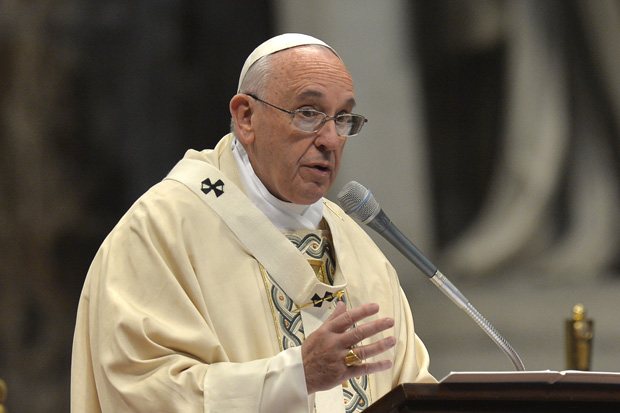 This April 12 photo shows Pope Francis at St Peter's basilica, leading an Armenian-Rite Mass during which he called the mass killings of Armenians under the Ottoman Empire a "genocide." ANDREAS SOLARO/AFP/Getty Images

Pope Francis reignited a debate that has smoldered for a hundred years: Whether the deaths of more than a million Armenians were caused by a policy of genocide by the Turks. In a mass on Sunday, the Pope called the massacre “the first genocide of the 20th century.” The Turkish government responded quickly, labeling the pope’s comments unacceptable. Turkey maintains that the death toll was exaggerated, and that many of the Christian Armenians who died in 1915 were the victims of civil war. A look at why the fate of Armenians in Turkey a century ago remains a passionate issue today.