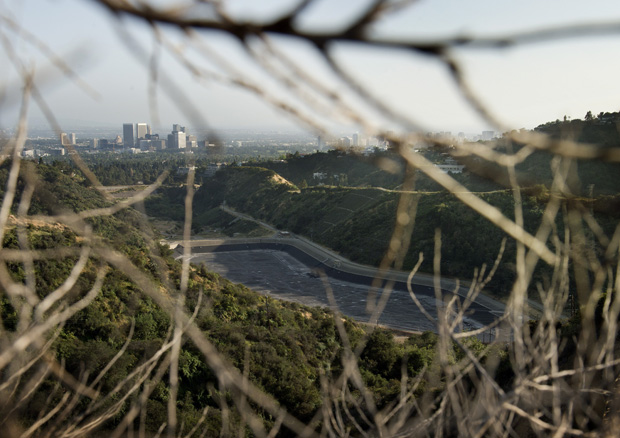 An empty water reservoir is seen April 5 in the hills above Los Angeles as a severe drought continues to affect the state of California. MARK RALSTON/AFP/Getty Images

The drought in California is considered to be the worst since temperature and rainfall records were first kept in the late 1800s. With a population of almost 39 million and an important agricultural sector, the effects in California are widespread. Climate scientists point out the current drought is not limited to California. And although unprecedented in modern times, research suggests that in past centuries the region experienced droughts lasting for decades. We look at the drought in the West and what we can learn from ancient weather patterns.

The U.S. Drought monitor tracks droughts across the country over time. This shows the growth of the current drought in California (and water scarcity elsewhere) over the six weeks leading up to April 7, 2015.