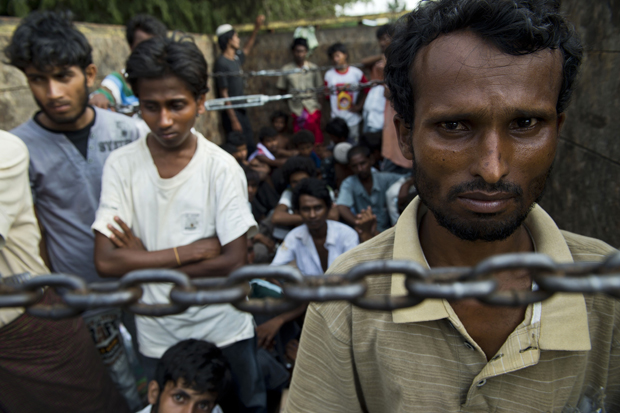 Rohingya men from Myanmar are transported after they were rescued May 20 off the coast of Indonesia. ROMEO GACAD/AFP/Getty Images

The so-called Islamic State makes major gains this week, capturing Ramadi in Iraq and Palmyra in Syria, prompting new questions about U.S. strategy against the terror group. U.S. intelligence officials release a trove of documents from the 2011 raid on Osama bin Laden’s compound, providing an unprecedented window into the man’s private world and his final days. The international community condemns Egypt for sentencing ousted President Mohamed Morsi and more than 100 others to death. Southeast Asian nations agree to a temporary measure to relieve the latest migrant crisis on the high seas. And the last administrative hurdle to Cuba re-opening its Washington embassy is cleared. A panel of journalists joins guest host Indira Lakshmanan for analysis of the week’s top international news stories.