The Push For Legal Rights And Social Acceptance For Transgender People

The Push For Legal Rights And Social Acceptance For Transgender People 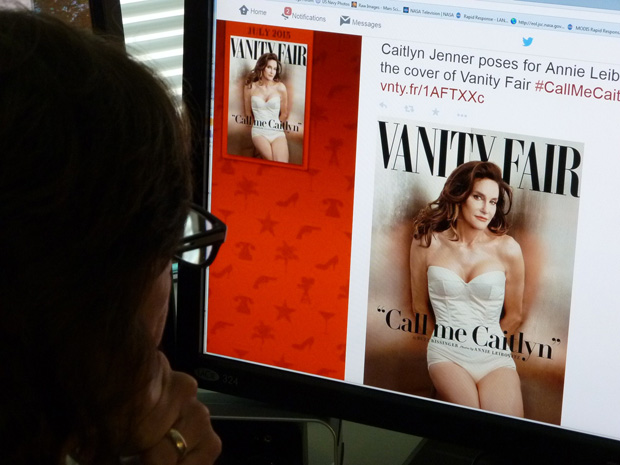 A journalist looks at Vanity Fair's Tweet about Caitlyn Jenner, who is featured on the July cover of the magazine. MLADEN ANTONOV/AFP/Getty Images

A glamour shot of Caitlyn Jenner, formerly known as Bruce Jenner, graces the cover of this month’s Vanity Fair magazine. The photo leaves little doubt that Jenner has made the transition to a transgender female. To the more than one million new Twitter followers she gained after the image was released, she wrote that she was “so happy after such a long struggle to be living my true self.” Some say her high profile transition signals a new and more positive era in the transgender movement. But for the majority of transgender men and women, the struggle for social acceptance and civil rights is far from over. We talk about what it means to be a transgender person in America today.