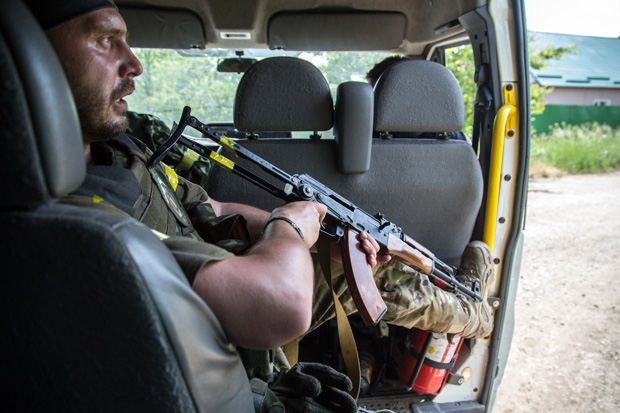 A Ukrainian serviceman holds a weapon as he sits in a car June 4 during fightings in the Ukrainian city of Mariinka. OLEKSANDR RATUSHNIAK/AFP/Getty Images