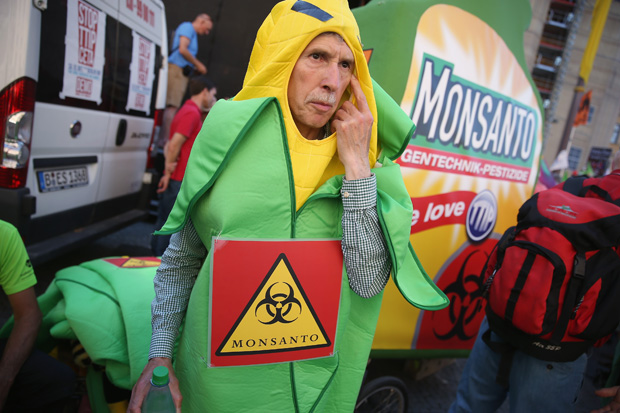 An activist dressed as an ear of corn June 4 protests against the U.S. agriculture company Monsanto ahead of the upcoming G7 summit in Munich, Germany. Photo by Sean Gallup/Getty Images

The world’s largest seed company, Monsanto, is hoping to expand its business in insecticides and other herbicides by acquiring Syngenta, a major player in the chemicals business based in Switzerland. So far, Syngenta has said no, but Monsanto is likely to raise its offer. If Syngenta ultimately agrees to the deal, some fear the possible takeover could mean higher seed and food prices. In addition, anti-trust regulators will be looking closely at Monsanto’s expanded power in global seed and pesticide markets.