Political Dynasties And The 2016 Presidential Race

Political Dynasties And The 2016 Presidential Race 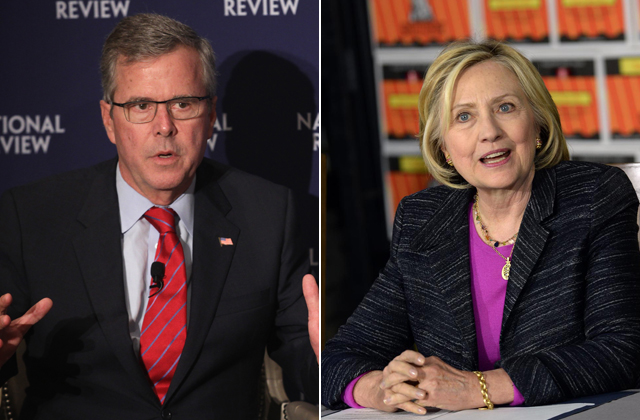 On Monday afternoon, Jeb Bush is expected to announce he’s running for the Republican nomination in the 2016 presidential race. On Saturday, on New York’s Roosevelt Island, Hillary Clinton delivered her first major speech as a candidate for the democratic nomination. Americans threw off royalty centuries ago, but as the campaign season kicks in, it’s clear having a family name that’s been part of the national political scene offers an edge – starting with fund raising. But it also presents some special challenges. We look at the role of political dynasties in the presidential race and how famous family names can help and hurt campaigns.