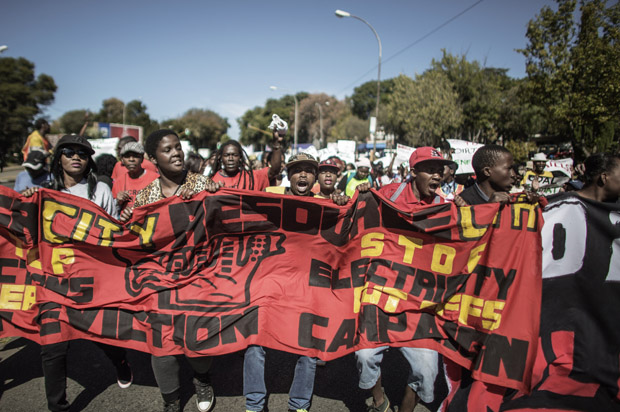 Hundreds of demonstrators march May 15 to the French Consulate to demand the French government and French company Engie stop supporting coal in South Africa and support sustainable renewable energy instead. GIANLUIGI GUERCIA/AFP/Getty Images

It began on college campuses, students lobbying their schools to pull out of investments in coal, oil and gas companies. Recently, however, the fossil fuel divestment movement has expanded beyond university walls. Last year, heirs to the Rockefeller oil fortune announced they’d purge a portion of their portfolio of coal and tar sand investments. Earlier this month, Norway voted to cull coal stocks from the holdings of its government pension fund, worth $890 billion. Many see these developments as a victory for climate change activism, but others argue divestment is both ineffective and actually hurts the cause it claims to help. For this month’s Environmental Outlook, a look at fossil fuel divestment.