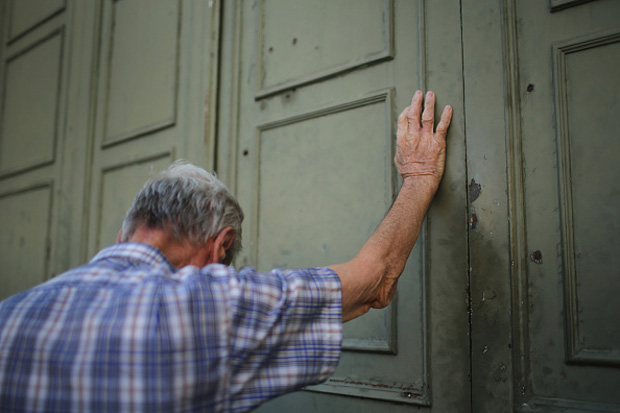 A senior citizen leans against the door of a closed bank as he queues up to collect his pension outside a National Bank of Greece branch in Athens, Greece. Christopher Furlong/Getty Images

Greece outlines a new proposal for economic reforms, accepting austerity in exchange for debt relief. Iran accuses Western powers of changing demands in nuclear talks as a deadline expires. Secretary of State John Kerry says the U.S. is prepared to walk away if concessions aren’t made. The Chinese stock market experiences a rebound after losing a third of its value. The U.S. led coalition hits ISIS targets in airstrikes. And the Pope apologizes for sins committed by the Catholic Church during the Colonial era in the Americas. A panel of journalists joins Diane for analysis of the week’s top international news stories.