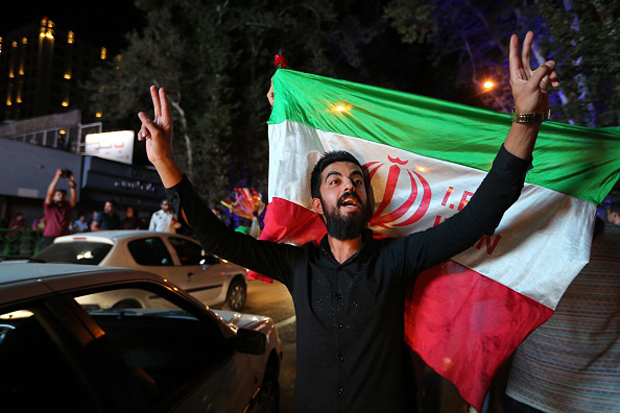 An Iranian man flashes the victory sign as an other holds the Iranian national flag during a celebration July 14 in northern Tehran after Iran's nuclear negotiating team struck a deal with world powers in Vienna. ATTA KENARE/AFP/Getty Images

Nations react to an historic deal reached with Iran on its nuclear program. Germany’s parliament approves opening up negotiations on a new Greek bailout package. Greek banks prepare to reopen after European officials remove key obstacles to desperately needed loans. Mexican authorities continue the search for the drug kingpin known as “El Chapo,” who escaped from prison. And a German court convicts a former SS soldier for complicity in mass murder at the Auschwitz death camp. A panel of journalists joins Diane for analysis of the week’s top international news stories.