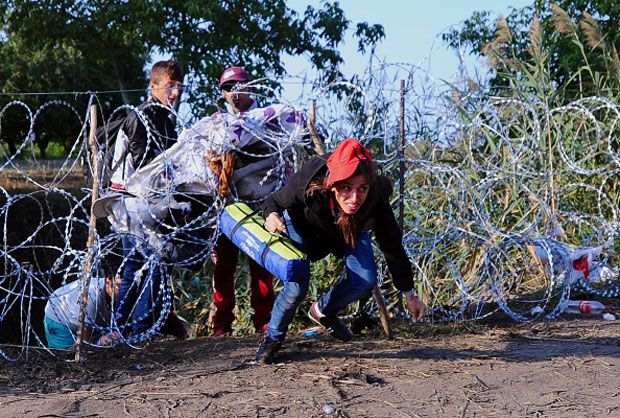 A woman creeps under a barbed wire fence near the village of Roszke on Aug. 27 at the Hungarian-Serbian border. ATTILA KISBENEDEK/AFP/Getty Images

As many as 200 people drown off the Libyan coast while trying to reach Europe in an overloaded boat. That brings the death toll in Europe’s migrant crisis to more than 300 this week alone. China’s stock market sell-off creates turmoil in global markets. Britain reopens its embassy in the capital of Iran. The new U.S. envoy for Syria begins a diplomatic tour to push for political solutions to end the Syrian civil war. And French prosecutors say the armed man who was tackled by passengers on a train intended to commit terrorism. A panel of journalists joins Diane for analysis of the week’s top international news stories.