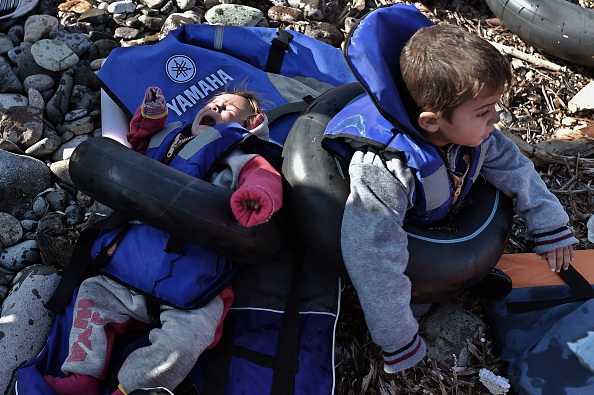 Refugees and migrants, including many children, continued to arrive Thursday on the shores of the Greek island of Lesbos after crossing the Aegean sea from Turkey. Several boats carry migrants have sunk this week. ARIS MESSINIS/AFP/Getty Images

The Obama Administration says it will send Special Ops forces to Syria to help fight the Islamic State. World leaders meet for Syrian peace talks in Vienna, with Iran at the table for the first time. China lifts its one-child policy amid worries of a graying population. A Chinese naval chief accuses the U.S. of “provocative acts” in the South China Sea, warning a minor incident could spark war. Fifty migrants die in the latest series of shipwrecks in the Aegean Sea. Iran detains another Iranian-American. And the E.U. awards its top human rights prize to an imprisoned Saudi blogger.