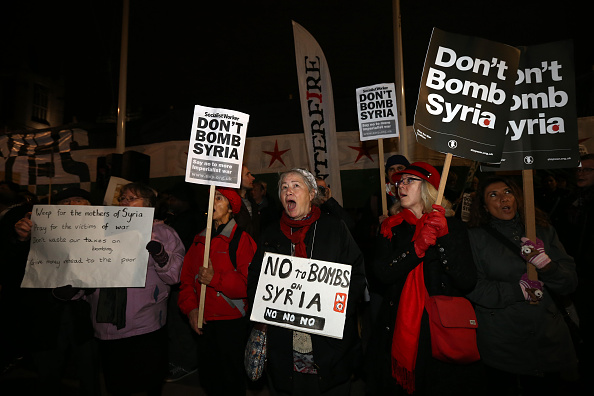 German’s parliament today approves sending aircraft and other non-combat support to aid the U.S. coalition in the fight against ISIS. Britain begins airstrikes in Syria, targeting oil infrastructure held by the Islamic State. NATO invites a small Balkan nation to become the first new member of the military alliance in six years, drawing rebukes from Russia. The foreign ministers of Turkey and Russia meet for the first time since the Turkish military downed a Russian warplane. And the UN’s nuclear watchdog submits a mixed report on Iran’s past nuclear activity. A panel of journalists joins Diane for analysis of the week’s top international news stories.