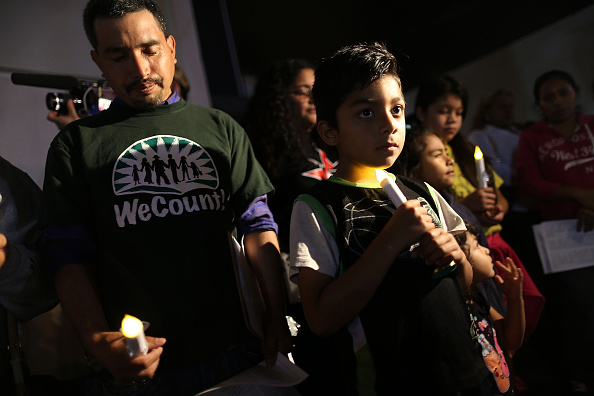 Bryan Gonzalez, whose family is originally from Mexico, attends a vigil with others to protest against the deportation of undocumented immigrants on Jan. 6 in Homestead, Florida. Joe Raedle/Getty Images

The Department of Homeland Security announced last week that it has started deporting people who crossed the U.S.-Mexico border illegally within the last two years. Authorities apprehended 121 adults and children in raids in Georgia, Texas and North Carolina earlier this month. Despite an uproar from Democrats and immigrant advocates, officials say raids will continue. Authorities argue that they hope to send a message to prevent a repeat of the surge in illegal border crossings last year. Officials say more than 10,000 children crossed the U.S.-Mexico border in October and November. Guest host Derek McGinty and a panel of guests discuss what’s behind the new wave of deportations and reaction from communities and political leaders.