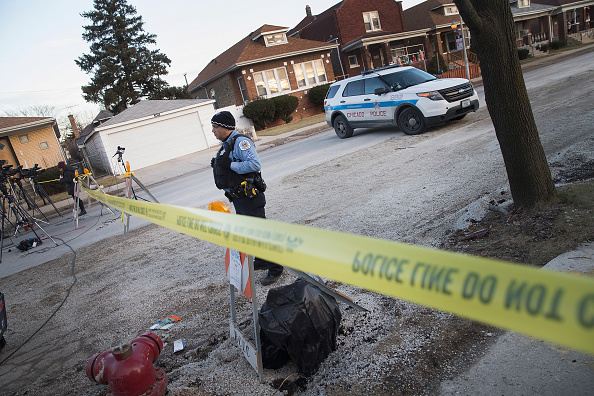 A Chicago police officer guards the perimeter of a crime scene where six people were found slain inside a home on the city's Southwest Side on February 4 in Chicago, Illinois. Last month Chicago recorded 51 homicides, the highest toll for the month since at least 2000. Scott Olson/Getty Images

For more than 20 years violent crime rates in the U.S. states have been declining, but data from the first six months of 2015 suggest an unwelcome change: The FBI reports that from January and June 2015 overall violent crime was up nearly 2% and homicides jumped more than 6 percent with spikes in both small towns and big cities. The Justice Department cautioned it’s too soon to know whether the latest data signals an upturn in violence in America. Join us to talk about what drove violent crime down so dramatically over the last two decades in the U.S. and what could be ahead.