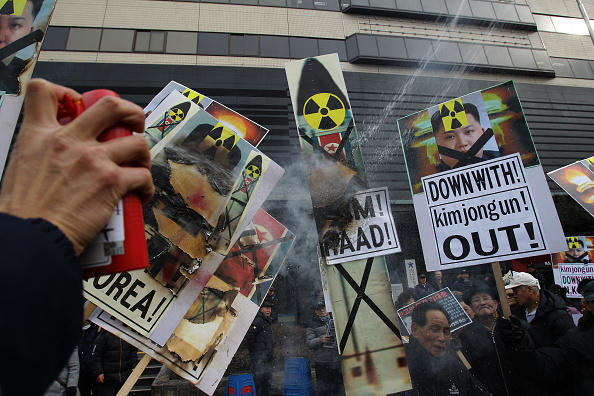 South Korean police extinguish flames after protesters burned an effigy of a North Korean leader Kim Jong-Un and a North Korean flag during an anti-North Korea rally on February 11 in Seoul, South Korea. South Korea announced on February 10 that the country would close an industrial complex jointly ran with North Korea, as the strongest response for North's recent nuclear test and rocket launch. Chung Sung-Jun/Getty Images