Beyond Flint: The Safety Of America’s Tap Water

Beyond Flint: The Safety Of America’s Tap Water 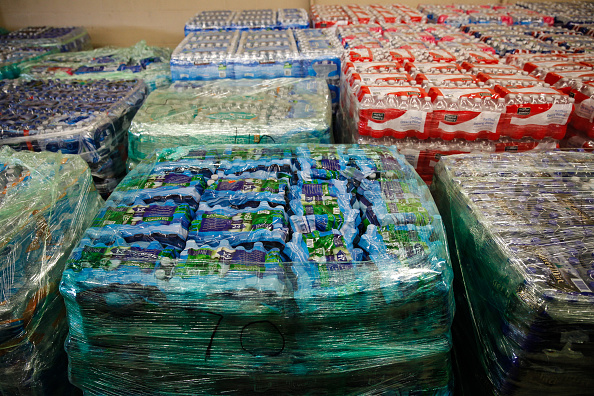 Cases of bottled water are shown at a fire station on February 7 in Flint, Michigan. Months ago the city told citizens they could use tap water if they boiled it first, but now say it must be filtered to remove lead. Sarah Rice/Getty Images

Michigan’s governor, Rick Snyder, vows he’ll do what it takes to make sure the tap water in Flint, Michigan is safe again. He proposes spending close to $200 million dollars on bottled water, filters, infrastructure improvements, and other programs to help the beleaguered residents of Flint. People there were drinking, bathing and cooking with water contaminated with lead for more than a year before state officials acknowledged the problem. The crisis in Flint has prompted officials in a number of other cities to take a closer look into the safety of their tap water. Join us to talk about water safety.

How To Make Sure Your Tap Water Is Safe

Your Questions Answered: How To Make Sure Your Tap Water Is Safe - The Diane Rehm Show

During and after our recent show about tap water contamination beyond Flint, Michigan, many of our listeners had questions about how to ensure their families' safety. Our panelist Erik Olson, who is the director of the National Resources Defense Council's health program, and the team at DC Water answer a selection of them below.