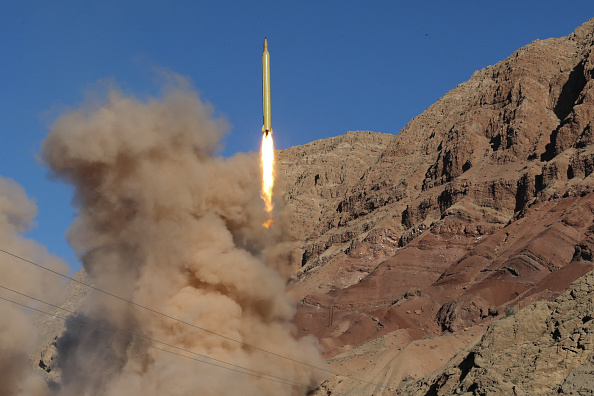 A long-range Qadr ballistic missile is launched in the Alborz mountain range in northern Iran on March 9. Iran said its armed forces had fired two more ballistic missiles as it continued tests in defiance of U.S. warnings. Mahmood Hosseini/AFP/Getty Images

Iran’s foreign ministry and the Obama administration say the missile tests Iran conducted this week do not violate the nuclear agreement reached last summer. Israel takes a different view. Vice President Joe Biden concludes a two-day trip to Israel and the Palestinian territories. The European Union reaches a deal with Turkey in an attempt to stem the flow of migrants into Europe. Four Balkan nations shut their borders to new migrants. And in Somalia U.S. special operations forces along with Somali troops conduct raids against al-Shabab. This comes after American aircraft hit a training camp run by the militants. A panel of journalists joins guest host Tom Gjelten for analysis of the week’s top international news stories.