Janine di Giovanni: “The Morning They Came For Us: Dispatches From Syria”

Janine di Giovanni: “The Morning They Came For Us: Dispatches From Syria” 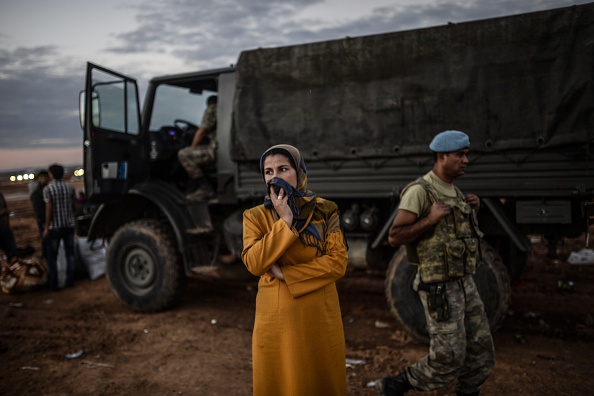 A Syrian Kurdish woman stands in front of military truck after crossing the border between Syria and Turkey after several mortars hit both sides near the southeastern town of Suruc in Sanliurfa province on September 29, 2014. Bulent Kilic/AFP/Getty Images

It has been five years since civil war erupted in Syria. Hundreds of thousands have been killed. More than four million refugees have fled into neighboring countries — creating a crisis that has engulfed Europe. Janine di Giovanni, the Middle East editor for Newsweek, was embedded with the Syrian army. She says reporting on the war in Syria is unlike any other conflict she’s ever covered. And she has reported from dozens of war zones, including Bosnia, Iraq, and Somalia. Guest host Susan Page talks with di Giovanni about the brutal reality of the daily lives of Syrians.

The Morning They Came For Us by wamu885