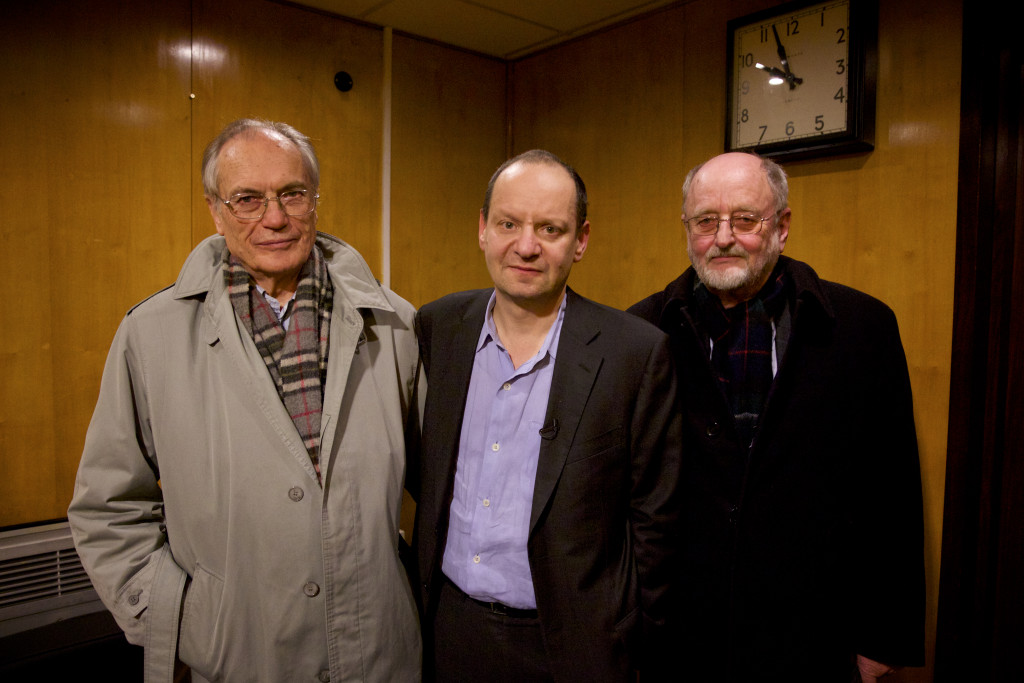 Human rights lawyer Philippe Sands, center, whose relatives died in the Holocaust, discovered his family was connected to Horst Von Wachter, left, and Niklas Frank, both the sons of high-ranking Nazi officials. The three men traveled together through Europe for the PBS documentary "My Nazi Legacy." Kerry Brown

Philippe Sands is one of Britain’s most prominent human rights lawyers. He has been involved in high-profile cases against several dictators, including Chile’s Augusto Pinochet and Liberia’s Charles Taylor. Several years ago, Sands was asked to speak about human rights in Lviv, Ukraine. Sands was excited to go because the city was the birthplace of his Jewish grandfather. Sands had always wanted to know more about him and how he escaped from the Nazis. But when Sands researched his grandfather’s life, he uncovered family secrets and learned how his relatives were killed.

A film about the relationship between two sons of high-ranking Nazi officials and human rights lawyer Philippe Sands, whose relatives were killed by Nazis in the Holocaust.

From the book EAST WEST STREET by Philippe Sands, copyright © 2016 by Philippe Sands. Published by arrangement with Alfred A. Knopf, an imprint of The Knopf Doubleday Publishing Group, a division of Penguin Random House LLC.