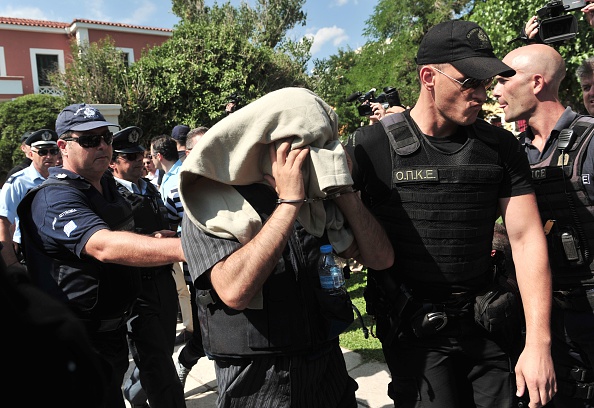 A Greek police officer escorts a Turkish officer who fled to Greece by helicopter after last week's failed coup, as he leaves the courthouse of Alexandroupoli, near the Greek-Turkish border, on July 21. Sakis Mitrolidis/AFP/Getty Images

Turkey’s President Erdogan purges tens of thousands of judges, teachers and military officials following last week’s failed coup attempt. Turkey increases pressure on the U.S. to extradite a cleric in Pennsylvania accused of coup links. An appeals court upholds a ban on Russia’s track and field team in the Rio Olympics. A French prosecutor says the driver who killed 84 people last week in an attack in Nice had accomplices. And outrage in Pakistan over the honor killing of a celebrity. A panel of journalists joins guest host Frank Sesno for analysis of the week’s top international news stories.