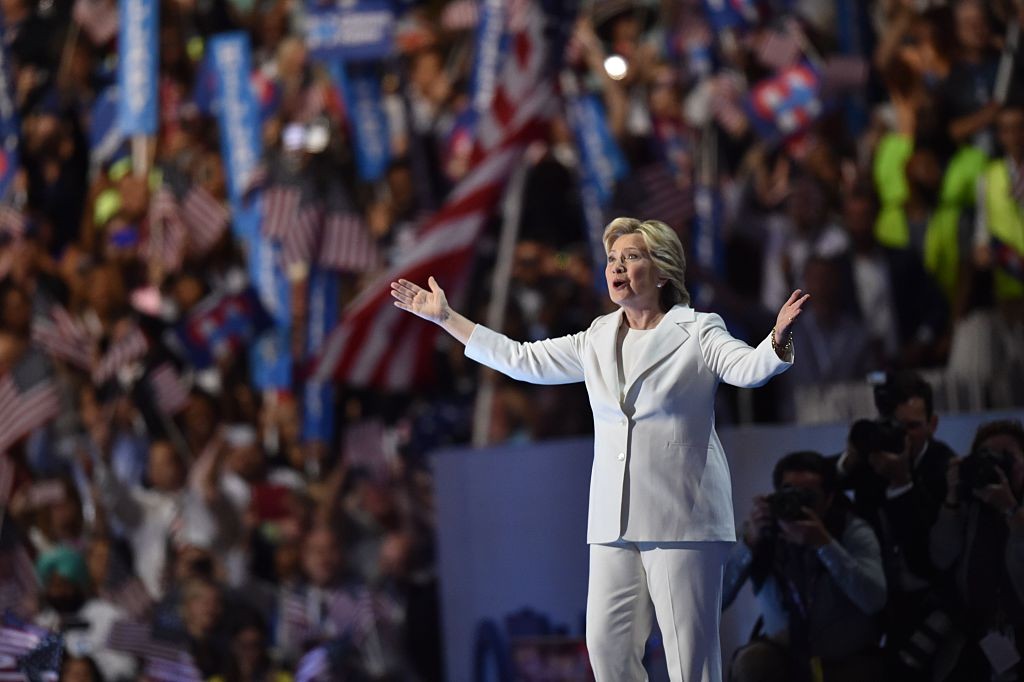 Last night, as Hillary Clinton became the first woman to accept a major party nomination for president, she called out to a diverse and optimistic nation, in stark contrast to Donald Trump’s America. She urged Democrats to look to the future with courage and confidence—not fear. But she warned that the nation was at a “moment of reckoning.” Her call for unity closed out a convention that began with a cyberhack that points to Russia and forced the resignation of Democratic Party Chair Debbie Wasserman Schultz. Donald Trump says he was being sarcastic when he urged Russian hackers to hunt down Clinton’s missing emails. And charges are dropped against police officers in the death of Freddie Gray. A panel of journalists joins guest host Indira Lakshmanan for analysis of the week’s top national news stories.