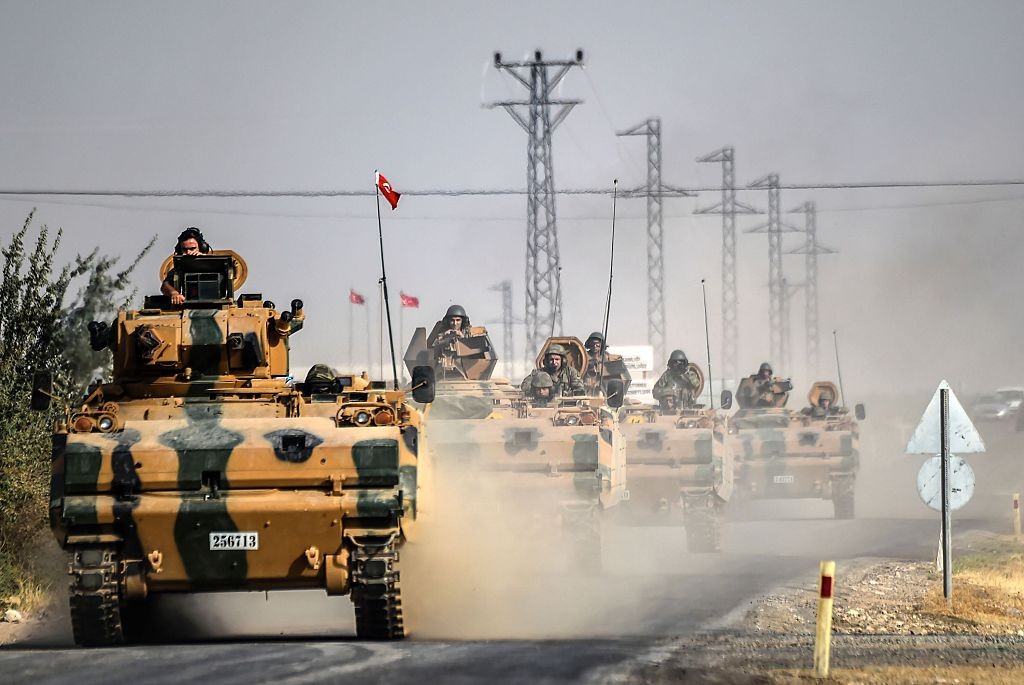 This picture taken on August 25 around 5 kilometers west from the Turkish-Syrian border city of Karkamis shows Turkish Army tanks driving to the town of Jarabulus. Bulent Kilic/AFP/Getty Images

Italy continues a desperate search for survivors of an earthquake that has claimed nearly 270 lives. Turkey blames PKK militants for a deadly car bomb targeting the police. Tensions rise between Washington and Tehran after Iran harasses a U.S. warship near the Persian Gulf. In France, what’s being called the “burkini wars” draws strong commentary from around the world. Insurgents in Afghanistan attack a university in the capital, killing more than a dozen students and staff. And the government of Colombia signs a peace deal with Marxist rebels to end a 52-year guerrilla war. A panel of journalists joins guest host Derek McGinty for analysis of the week’s top international news stories.