VP Candidates Go Head-To-Head: Analysis Of Their Only Debate

VP Candidates Go Head-To-Head: Analysis Of Their Only Debate 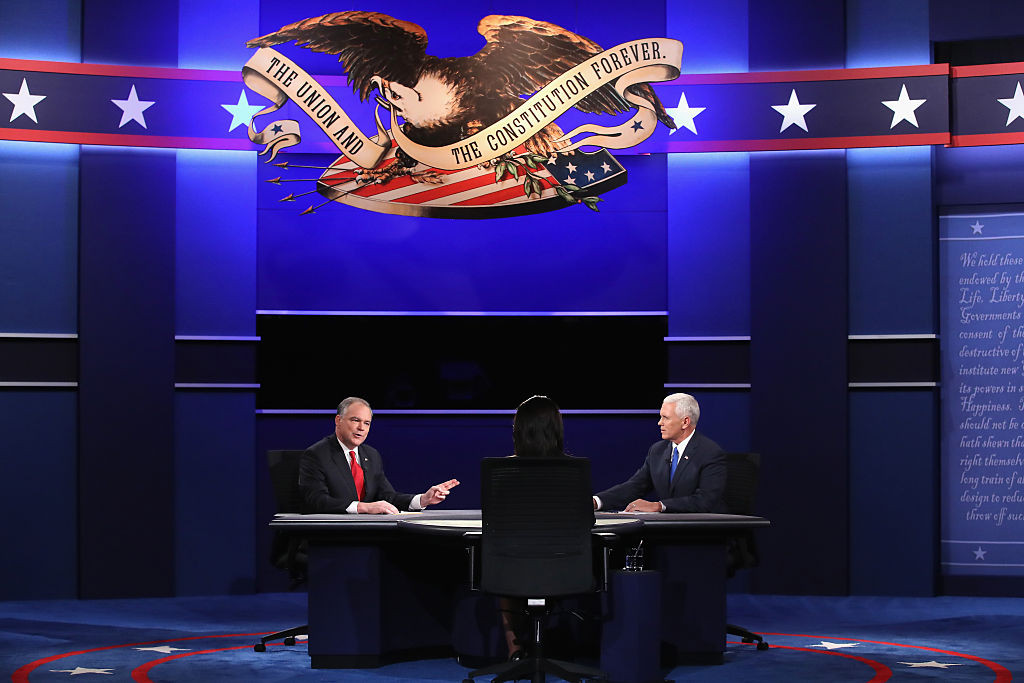 Many previews of last night’s Vice Presidential debate predicted a calm evening. Instead, it was a crackling contest in Virginia. Senator Tim Kaine and Governor Mike Pence went head-to-head on everything from Taxes to Vladimir Putin, frequently talking over one another as moderator Elaine Quijano struggled to maintain control. Kaine was on the attack from the start. He quoted many of Trump’s most controversial comments, while Pence managed to avoid directly defending most of them. But the two also had substantive debate over issues like policing and foreign policy. Our panel discusses the VP debate, and what it could mean for the presidential election.