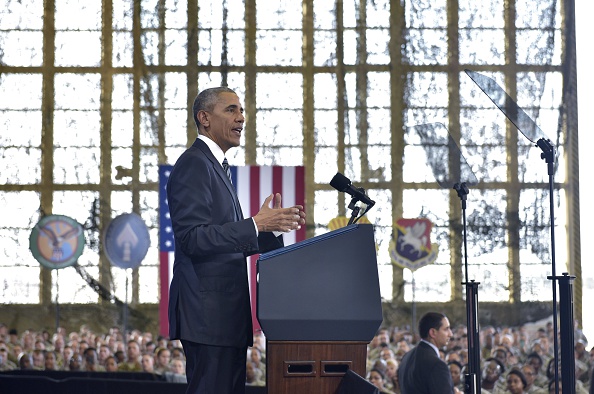 US President Barack Obama speaks at MacDill Air Force Base in Tampa, Florida on December 6, 2016. Obama has ordered a full review of Russian hacking during the 2016 presidential election. (Photo credit: MANDEL NGAN/AFP/Getty Images)

The Washington Post and New York Times reported Friday that the CIA had determined Russia intervened in the U.S. presidential election to boost Donald Trump’s chances of winning. On Fox News Sunday, the president-elect called the CIA’s conclusion “ridiculous.” President Barack Obama ordered U.S. intelligence agencies to produce a full report on Russian efforts to influence the 2016 presidential election. And a group of GOP and Democratic senators are preparing similar investigations. Diane and a panel of guests discuss the latest on Russian interference in U.S. politics, and potential cyber threats to democracy.