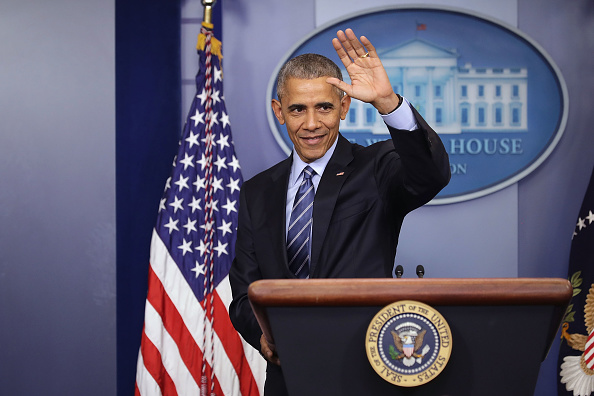 President Obama waves goodbye at the conclusion of what may be the last news conference of his presidency on December 16. Photo by Chip Somodevilla/Getty Images

With less than a month left in office, the discussion of Barack Obama’s legacy is in full swing. In next month’s Atlantic Magazine, writer Ta-Nehisi Coates explores what it meant for the country to be led by an African-American man for the last eight years. His cover story is called “My President Was Black: A History of the First African-American White House – And of What Came Next.” He traces the roots of Obama’s optimism on race relations, analyzes his relationship with the African-American community while in office and explains why he believes race was key to the election of Donald Trump