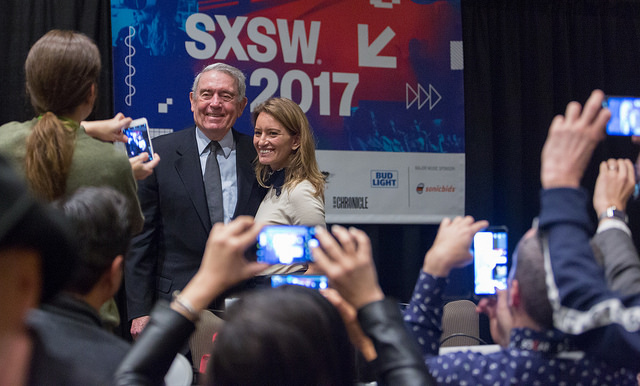 Dan Rather poses with NBC's Katy Tur at SXSW 2017. They had just participated in a panel called, "The War at Home: Trump and the Mainstream Media." FLICKR USER NRKbeta

The fallout continues from the Harvey Weinstein sexual harassment scandal with new reports that the disgraced movie mogul hired spies to intimidate reporters and victims. Meanwhile, accusations continue to pile up across a number of industries. Journalist Rebecca Traister weighs in on where we go from here.

Then, Dan Rather has been working in the news business for nearly 70 years. A longtime anchor of CBS News, he now runs his own production company called News and Guts, and has amassed a significant following on Facebook. He talks to Diane about our unique political moment.